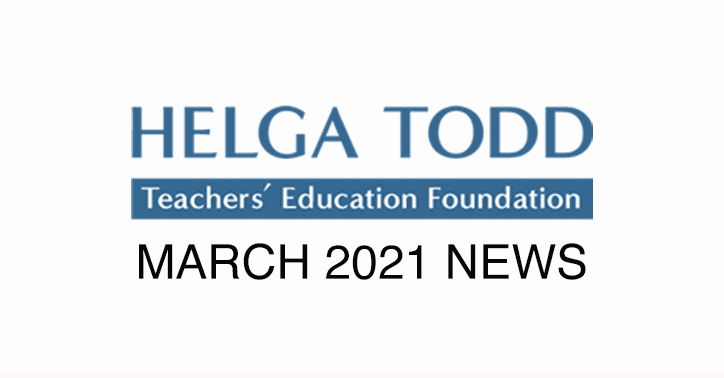 Like many charities – Covid 19 has cut across the work of HTTEF. In many ways, it has been a double whammy as most of our work takes place in India where the virus has been highly prevalent and also because most of our volunteers fall into the ‘vulnerable groups’ category, that is retired educationalists.

Quite apart from Covid, 2020 was a difficult year for the Foundation.  It commenced in January with the sudden death of the charity’s founder Ram Todd whilst visiting projects and partners in India. At the time, Ram was visiting trainees and lecturers at Akal University in Punjab where HTTEF was collaborating with the Kalgidhar Trust to train early years practitioners on a one year course. Volunteers, trainers, trainees and others were moved by the care taken by Akal colleagues over Ram’s sudden death and were appreciative of the consideration they too received from university personnel.  The Kalgidhar Trust has set up a small prayer room to commemorate Ram and we also hope to be able to commemorate him ‘in person’ in the UK at some point this year.  You will find an In memoriam notice in The Daily Telegraph, this January 23rd.

In February, two volunteers went out to Akal University to complete the course and were in full flow when the lockdown began to be discussed in the UK and Indian media. We were able to pull them out in early March before travel became so difficult and almost immediately, the Indian partners sent all the trainees home and the final teaching practice had to be abandoned.  At present the two local lecturers have just finalized a completion certificate for each trainee and we hope we may be able to see the group receive them via some kind of Zoom.

In September, we learnt of the sudden death of one of our trustees, Franklin Hartle. Franklin had worked with the charity in recent years and had joined as a trustee in 2019. He brought experience of leadership development in education and knowledge of India. We shall miss his contribution to our work.

This means that much is currently in flux.  We await the completion of the probate process before the charity receives assets from Ram Todd’s estate.  Anne Dobson has stepped in as trustee following Franklin’s death as did Marion Thomas earlier in the year following Ram’s demise.  We are therefore up to strength (5 trustees) and find ourselves with funds to support work in the interim. We are currently considering how best to operate until Covid and travel issues are ‘resolved’.

Our work with GHPS in Delhi was drawing to a close before Covid and although future projects were in the air, the pandemic did not cut across our work there.  Fortuitously, we had already planned to pause the NQT bursary scheme for 2020 and had started to use the time to widen the range and number of placements.  Some of this work has been possible by e-mail and Marion was on a visit to India in January; we were grateful she was able to represent the charity at Ram’s funeral.

In sum, HTTEF could be described as being in furlough for the moment. However, we are using this time to make and develop links in India and to draw on our Indian colleagues’ knowledge, when considering how best to deploy our resources in the future – both human and financial.

We would welcome suggestions from our friends and supporters via kmoorsetrustee@gmail.com for how we may move the charity and its work forward in the post-Covid world.

It is not about leading but rather guiding

The workshops helped me realise how important mentoring is in improving the level of learning and teaching. It is not about leading but rather guiding, helping and caring for our colleagues.

This was a golden opportunity as not only is it going to help me be a better teacher and an effective mentor but also benefited me in my personal growth and career.

A really wonderful, innovative workshop. The workshops help us to develop our personality as a teacher. They make us more confident, determined, enthusiastic and realistic in what we can do for our students.

The workshop was great help

I am grateful to be part of CPD2